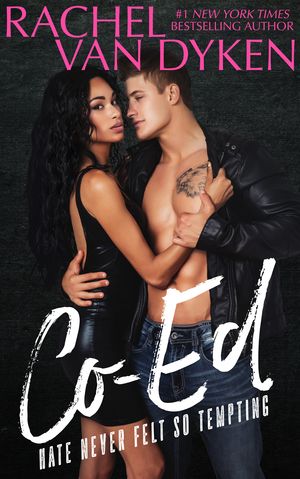 And a revolving door across the college suite I somehow ended up in because my first name is Shawn.

They don’t discriminate. Girls. Guys. Grandmas. Plants (okay maybe not plants) all walks of life stroll in stressed to the brim, and leave so satisfied I’m wondering what sort of talents lie behind that door.

My roommate calls them the pleasure ponies.

But the rest of the college campus?

They just call them the new face of Wingmen Inc. A paid for relationship service that makes big promises.

Breakup? They’ll glue you back together again.

Depressed? They have the magic pill.

Lonely? Just spend a few minutes while they rub you down and you’ll forget all about it.

And broken hearts? Well, that’s their specialty. They’ll fix you.

I swore I wouldn’t get involved.

But apparently they like a challenge, and a girl who doesn’t put up with their BS is basically like waving a red flag in front of a bull.

But one holds my attention above the rest.

Knox Tate looks like a Viking — and getting pillaged is starting to look more appealing by the day. Though he’s hiding something — all of them are. And the closer I get. The more I realize that some things are left better in the past.

I haven’t posted it here, but at the end of the blurb the author says clearly this is kind of a reverse harem book. The “kind of” part is the key, because there is nothing remotely similar to a reverse harem story. It’s just a young woman having four male friends. That is called friendship, not reverse harem… So I must say I felt a bit cheated when the book didn’t display a ménage or two…

In this book we meet Shawn, a student who has just gone through a hard break-up and asked for a transfer to another University. Due to her masculine name, she is stuck in a room with a man (Slater) and, in the opposite door, are the infamous interns of Wingmen, Inc.: Knox, Finn and Leo. The three of them show an inmediate interest for Shawn, but it is Knox the one who is feeling a stronger pull towards her. Slater is not happy about their interest in his new roommate, but no one cares to air the secrets they are hiding from Shawn.

I forgot this book was a spin-off of the famous saga Wingmen Inc. I know it is just right there in the blurb, but I didn’t re-read it when I chose this story to be my “C” of the ABC Challenge I’m following. Otherwise, I would have read the other two books before. But, I can declare this book works fine as a standalone. There is no need about previous knowledge of the Wingmen to understand Co-Ed. The several little facts that are explained by the guys are more than enough to get the reader ready to enjoy the story.

And enjoyment I had. At least at the beginning. Sadly, my level of enjoyment was downhill pretty fast after the first chapters. The good thing I can say about this book is that the pace is perfect and it’s easy to read. It also has some good sense of humor and several gooofy moments that make the book lighter, but there was a constant murmur in my head while reading the book telling me there was something terribly wrong. There was sometinhg that was eating away my good time with the book. Sadly, that thing is not other than the three guys selling their services.

They were fun for a couple of chapters. A bunch of hunks hell-bent in mastering the dance of courting and in making their partners have the best possible time. It is a nice thought, but the author takes it too far. They are SO good, they have the walkthrough so well studied that there is not a sliver of spontaneity in their actions. Everything is perfectly calculated to assure maximum enjoyment. But while the clients and Shawn were riding the peak of their pleasure; I, as a reader, was trying to hold a yawn… and failing. The spark of getting to know the buttons to push is never lit, because the guys don’t need it. For them there is no exploration or uncharted territory. Everything is mapped and perfectly geolocated, with times of arrival and exact periods of stay… Their rotation may grant them perfect scores, but it lacks emotion.

But that is not the worst part. I guess it must be nice to have three hotties covering all your needs in a daily basis, but it goes way beyond that. More often than not, Shawn is treated as a delicate porcelain adornment incapable of taking care of herself and without the proper skills to even feed by her own means… When they don’t allow her to eat her own junk food or put a drink in her mouth I just wanted to scream. And don’t get me started about the constant shoulder massages everytime she encounters them. Those guys know no boundaries and it’s not OK. I felt uncomfortable more than once while reading. And it pissed me off that Shawn doesn’t fight it back as she was supposed to.

The story itself is not bad. The secrets are unraveled little by little and you can even be a bit empathetic about the protective behaviour of the guys (which is the least of their issues…). What I didn’t like was the ending itself. It’s a bit messy and I’m still trying to make sense of it. How did she know that Shawn was going to be at the party? Is she alkways ready to provoke an overdose? Was the friend of Shawn an accomplish? How did the guys put all the pieces together suddenly? And are you kidding me about the ghost? It was a mess that exploded in just a couple of chapters.

I don’t sound happy, because I am a bit disappointed with it. But even though there are several annoying issues with the book, I will insist on its easiness to read. A nice light reading to kill time, but nothing more.