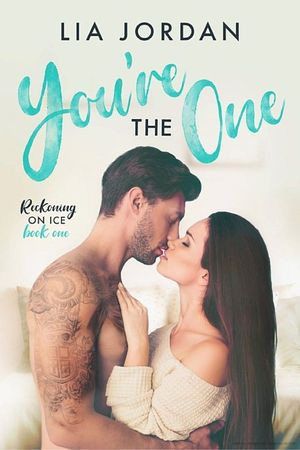 With just one puck, my life went from complicated to damn near perfect

I’ve had my fair share of bad nights and the anniversary of my sister’s murder is always one of them. Every year, I just pray for something to take the pain away and help me forget. This year, my prayer was answered.

It’s opening game night and the antidote to my pain just stepped onto the ice: An angel with long brunette locks and crystal blue eyes, picked from the crowd to try to score on me, the goalie. The second I lay eyes on her, I’m determined to have her. I’ll even let the puck pass me; let her score now just so I’ll be the one who ends up scoring later. Once that puck hits the net, I’m hooked. She shows me there’s more to life than I’ve ever known, but all good things come to an end and I never saw this one coming…

Can I let go of my past so I can have her and her daughter in my future?

Here you have a little bit of information about myself that you haven’t requested: I hate roller coasters. I’m incapable of stomaching the constant ups and downs of that invention from Hell. With this book I have had the same feeling. One moment it was there, going strong for a 5-star review and suddenly it starts falling witthout any hope of getting up again.

In this book we follow Trevor, a famous hockey player who is nurturing a void in his heart since the death of his sister. And Lauren, a single mother going through a tough period where bills are getting too big for her income. The hand of Fate made the path of both of them to cross with an irregular first impression, but Trevor took up the quest of sliding a puck through Lauren’s goal and there is nothing stopping him… (I have no clue about hockey; so, sorry if my attempt of poetry was absurd)

I must admit that the first 60% or 70% of the book is very enjoyable. I was absolutely in love with the dance between the main characters. You can tell that Trevor is not used at all to deal with feelings deeper than a quicky in the back of a bar, so his extravgant attempts of courting Lauren are endearing. It was a pretty risky move the author took, because it could totally look like the hockey player was buying Lauren’s affection. I honestly think he is clueless and that is just his sloppy way of trying to show his love. The fact that she resists him every step of the way is a big plus for the well-being of the story. I love this kind of slow dances in Romance novels, where the main characters just take their time to get comfortable with each other before dropping their clothes.

Another detail I love about the book is Trevor’s cutish way of struggling with the demon in his shoulder. You know, the little fella in his head who just wanted to grab Lauren as a caveman and took her to his lair since day one. That little demon he has been listening to for far too long. So it was great to read how he made the effort to mute the demon in his shoulder to start taking advice from the angel in the other one. Always a pleasure for the reader when a bad boy gets smitten by love. His patience, his eagerness to be better, his relationship with Chloe, his constant grin and his fit body should have granted him a position on the book boyfriend list… But everything implodes dramatically.

I was devouring the book. Incapable of putting it down. Everyday after work I just wanted to get home to reunite with Trevot and Lauren. But then… Chapter 32 happens. That chapter is the equivalent of the Order 66 from Star Wars. It must have been some kind of hidden code to change the characters and story drastically. The beloved characters become very fast some of the most hideous ones. Trevor, who was perfectly charming until then, becomes a cold, mean, cruel, possessive, annoying guy who has no business in the story. Lauren’s behaviour also takes a turn for the worst seeking some really unhealthy exchanges with his so-called lover. It gets so bad, that the happy ending we get is pure smoke. I can’t believe in that couple any longer. I have the feeling they are jus pretending…

After that chapter, there are many details that unnerve me and made the reading a very unpleasant moment of my day. After that milestone, the book becomes something ugly with many dramas pretty bad handled. I couldn’t see any good way to end the torture; so, when everything is solved almost effortless, I couldn’t get along with it. The sex scenes are also affected by the before mentioned change in the storytelling. During the first chapters, the slow cooked meal was the perfect setting for really interesting and hot encounters. But after that infamous chapter… Plain horrible to read.

I have yet to decide if I will read the following books. Colt and Nathan are cool characters, but so was Trevor. Oh, well. I believe in second chances, so I guess I will take a look at them to test the waters.