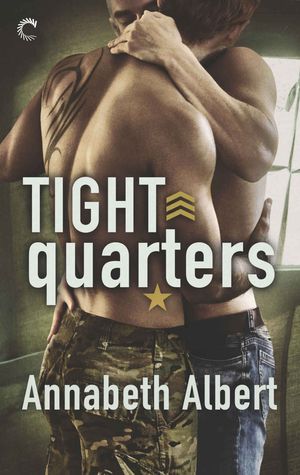 Petty Officer Bacon, a navy SEAL and ace sharpshooter, has been on the front lines of more than his fair share of dangerous ops. Yet when a minor injury relegates him to the beta team, he’s tasked with what may be his riskiest assignment yet: the silver fox journalist he’s babysitting is the hottest, most charismatic man he’s ever encountered.

Award-winning journalist Spencer Bryant may have been named one of Pride magazine’s most eligible bachelors of the year, but he’s not looking to change his relationship status. He’s a consummate professional who won’t risk his ethics or impeccable reputation by getting involved with a source. Even a sexy-as-hell military man. But while Spencer can resist his physical attraction to Bacon, he has less control over his emotions—especially when the mission goes sideways and the two men are trapped alone.

Getting out of the jungle alive turns out to be easy compared to facing the truth about their feelings for one another back in the real world. And whether or not they can build a future is a different story altogether.

Little by little I’m getting to the end of this saga. I’m so proud of myself for being able to read all of them in a couple of years instead of twenty… At least, I hope to read the last one sooner rather than later. I also hope that the last one is better than the sixth book, which I can only describe as plain.

This is the book of Bacon and I don’t mean the food. It follows the adventures of the Petty Officer we met in other books as merely a cameo. He is a SEAL through and through. One that keeps his sexuality a secret to avoid complications with his team. The one destined for rocking his world is a journalist called Spencer, who has been given the chance of being embedded in Bacon’s team to write a story. Obviously, our ace sniper is the one who must protect the journalist at all times. I have your six gets a new meaning…

The story looked like a cool cauldron for a romance to bloom. I was expecting something feral in the middle of a terrosrist crisis, full of danger everywhere with heroic and sweet situations. Something like what we read in the book of Ben and Maddox (no-prize for rembering their names!!). And there was a little bit of that, but it ends too abruptly and leaves the reader eager for more. Too bad that there is not more. The rest of the story is just about Bacon coming out and a too much drama about how incompatible their lives are. It is not boring, but this saga has always delivered emotional impact and this book lacks sorely of it.

The drama that tries to spice things up is messy and the weird elephant in the room. Why does Bacen get so pissed with the book? If he is afraid of the Navy getting thrown to the mud, he should read-proof it to bring his own point of view instead of running away and behaving which such self-righteousness. Spencer’s way of dealing with the issue is not much better. The worst part: at the end they just put what devide them on hold and keep moving… not very convincing if you ask me… Of all the love stories of this saga, this one is by far the least enjoyable.

There is also not much to say about the characters. The only interesting point of Spencer was being embedded in a SEAL team for research, but that ends quickly. So we soon get stuck with a very uncharismatic character. Thankfully, the difference in age between both characters doesn’t take part in the story. I wasm’t in the mood for a repeat of the worst parts of the second book… And Bacon is also very plain. His main trait is his pansexuality, but that is not really important for the development of the book… so that detail felt a bit empty.

I’m trying to come up with something with soemthing else to say about it, but it’s not worthy of my effort. It is not a bad book, but I can’t point to anythhing extraordinaire, either. I just hope next one is better.

One thought on “Review: Tight Quarters by Annabeth Albert”