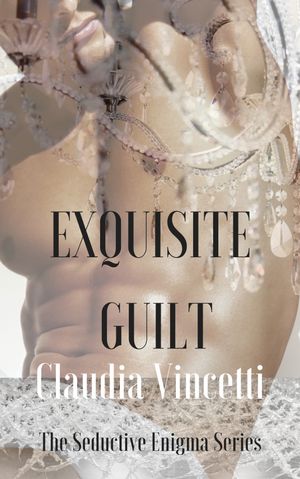 I am a lieutenant colonel in the Russian Imperial Army Hussars, and I’m no friend to the female sex. I spell only darkness delivered with the imprint of my body.
The sins of my youth have haunted me my whole life. Comb for the truth under the polished veneer, and I’m an aberrant, a destroyer and a herald of depravity. My father was a manipulative and evil controller of women, and the more femininely delicate they were, all the better it was to him. I have his blood in my veins, and if I could bleed myself dry of it, I would.

On my father, the Grand Duke’s death, my great wealth gave me the freedom to be different, and I chose submissive vassalage. Turning my back on the obscenities happening in the palace of my birth, I became a fighting man. Although my lineage linked me to the Tsars of Russia and a lifetime of inestimable privilege, I embraced the life of a soldier; yet, nothing I could do in the arena of conflict ever erased the person I am inside. I’m damaged, not by war, but at the hand of my family.

I once thought nothing could ever scare a soul more than the eve of battle. That was before I met a fascinatingly vibrant debutante who summed up the entire world’s beauty. London society told her she needed a compliant spouse with a pleasing disposition, a man she could shape like clay, but in me, that is not who she got. Faced with my raging need to sink myself deep into her virgin body, I found myself asking the question, “When the past had stripped down everything human about me to the most basic core, what were my options?” In my opinion, I had only one:

“Serve up the truth.”

This is the first time in my life that I have read a book that has been removed from sale after just a couple of weeks of being released. Why? I have no idea. Yes, the book is bad; but that is not enough for such a harsh action. There is nothing ethically wrong with it or so disturbing that we must be protected against its aberration. It is just a book horribly planned, with zero sense most of the time and with a laughable plot.

We travel to the Victorian era to meet, Etta, the only daughter of a military man and a woman whose family name was a big deal until she married the major. In an attempt to regain some of the spotlight, Cassandra (the name of the mother, if I am not msitaken) wants to marry her daughter to a man with many titles. There enters the mysterious Shard, a russian Lieutenent Coronel, Count, Prince… An orgy of titles that makes the poor woman giggle like a child. It is love at first wallet… I mean, sight… But Shard is not just the hottie of the dance floor… he has many secrets. Can Etta deal with them?

It doesn’t look that bad, doesn’t it? It could have been bearable if the author would stick to something. Is this a love story facing some obstacles and a father who dislikes russians? Is this an erotic story with domination, bondage anb pain infliction? Is this a dark story of a Prince with a rotten soul who is a sex predator? Is this a story about an attempted murder and its investigation? Just pick one!! The book changes so many times of direction that nothing feels fulfilling. When something gets interesting, we jump into another train and leave the other one behind. In the end, this book tries to be many things and fails miserably at every one of them.

We have a mess of a plot, but the style also makes the book hard to read. So many titles to present a character. So many adjectives. So many linguistic loops and flourishes to make it look less contemporary, but the only thing that achieves is being way more boring. The pace is horribly slow, with dozens of pages of useless babbling that get us nowhere. There are no twists in the story, no interesting revelations… Nothing to keep us engaged. Thankfully it is a short book. Otherwise, it would have ended in my DNF pile of books.

The characters are a joke, too. At first, Etta looked like she could be an enjoyable one. She wasn’t the spoiled daughter her mother wanted. She had some personality that could have put some spice into the story. As soon as she marries Shard, her behaviour takes a 180 degree shift and becomes a really annoying character. She becomes her mother, actually. Only worried about herself, her place in the world and the opinions of the big fishes. Disappointing. Shard is presented like a very complex indiviudal, with lots of dark corners to explore. We are constantly hinted about his past and how it has molded him. But, except for a couple of chapters, that side of him is barely touched; so I feel cheated of the most important part of the story.

This is so far the worst book I have read this year. Even though this is the first in a saga, I have serious doubts about the following books seeing the light. If by some miracle they get published, I have the feeling I won’t be reading them. This one hasn’t been a good experience.