Xcor, leader of the Band of Bastards, convicted of treason against the Blind King, is facing a brutal interrogation and torturous death at the hands of the Black Dagger Brotherhood. Yet after a life marked by cruelty and evil deeds, he accepts his soldier’s fate, his sole regret the loss of a sacred female who was never his: the Chosen Layla.

Layla alone knows the truth that will save Xcor’s life. But revealing his sacrifice and his hidden heritage will expose them both and destroy everything Layla holds dear—even her role of mother to her precious young. Torn between love and loyalty, she must summon the courage to stand up against the only family she has for the only man she will ever love. Yet even if Xcor is somehow granted a reprieve, he and Layla would have to confront a graver challenge: bridging the chasm that divides their worlds without paving the way for a future of even greater war, desolation, and death.

As a dangerous old enemy returns to Caldwell, and the identity of a new deity is revealed, nothing is certain or safe in the world of the Black Dagger Brotherhood, not even true love… or destinies that have long seemed set in stone.

Long sagas can provoke burn-out more easily and with the last books of The Blackdagger Brotherhood I was starting to feel it. Thankfully, the fifteenth book has been an unexpected stimulant that has overriden my low expectations for this story and made me recover all the lost faith I had in the vampires from Caldwell. Let’s see what adventures has Ward told us this time!

Layla’s secret about her relationship with Xcor, a sworn enemy of the Brothers, has exploded in the worst way possible. Qhuinn goes mental and the poor Chosen is kicked from the mansion and her rights towards her children put under scrutiny. Xcor has also to fight for his life to get away from a sure death by the hands of the very angry vampire who sees red everytime his name is mentioned. Or I should say vampires, because Tohr is also thirsty for blood in the anniversary of the death of his former shellan. The hunt for Bastards is on. Will Layla and Xcor develop their love in that somber scenario? Or will Brothers and Bastards kill each other to show who has bigger balls?

As I said, this is Layla’s and Xcor’s book. I wasn’t very hopeful about it, because the author had already spent a lot of time to tell their story in previous books; so I was afraid of facing an uninteresting love exchange between the two of them. The only stage left to tell was their love consummation and that can’t fill more than 500 pages. I wasn’t wrong, though. There is little to tell about the two of them, except getting to know Xcor a little better and making their relationship official. Thankfully, this time the author has involved more characters in the main plot; expanding the ramifications of Layla’s revelation about her treasonous acts. And when I say the verb expand I mean the mushroom shape of an emotional atomic bomb being detonated in the middle of the Brotherhood mansion.

For me, this book is not Layla’s and Xcor’s story… it feels more like Blay and Qhuinn second take. And I love it!! That couple is one of my favourites in the saga, so the unexpected focus on them has made my day. Well, actually it has made my week, which is the length of time I’ve needed to finish the book. It has not been a happy ride, though. After discovering the truth about the Chosen, Qhuinn loses his mind and runs his mouth in the worst possible way against the person he loves most apart from his children: Blay. That is the beginning of a pretty hard time for my poor heart, which could barely hold the sadness and anger I was feeling everytime the stubborn vampires had a chapter dedicated to them. It is truly messy, but what a joy for a reader! The pages flew with them and I couldn’t read the other parts fast enough to keep going with what I really wanted to read.

And there are more “side quests” to keep the reading interesting: Tohr and his revenge against Xcor, Throe and his evil plans to grab power, Trez and the doppelgänger issues and Vishous with his relationship problems and cleaning the information of humans getting too close to the truth. From all that lot, Trez’s parts are the the least remarkable ones. I have no idea about Ward’s plan for that character, but I hope is more interesting that we have already been told in his book. I have enjoyed Vishous’s chapters more than I should confess. That character is getting faster than lightning on my black list thanks to his annoying habit: smoking. So, reading how his love life is in shambles has put a smile in my face. Yes, I can be a cold bastard as a reader. Although, I must admit that I’m eager to see how Jo Early is going to impact in his life…

Do not pick this book if you are hoping for an action-packed story with vampires kicking asses from prologue to epilogue. Its frenziness doesn’t take residence in fast paced action or fighting (even though there are several bouts of it), but in all the heavy emotional maelstrom that is released since the first chapters. A tension that is mantained through all the book and you won’t get a reprieve from it until the last moment. Is it the ending worthy of the fantastic nail-biter craziness? I would say no, but I can’t deny I’m happy with it. Maybe a bit rushed, but it is what my heart needed.

I do not wish to finish this review without mentioning what I always say, so forget my parrotish ramblings: I hate that Vishous is always smoking like a damn chimney. It is so annoying! And, for reasons I don’t know, that character always has a lot of chapters focused on him; so I have to deal with that enfurating pollution every time I pick a book of this saga. This time, the vampire tightens the noose around his neck even more when he claims that smoking is part of a person’s personality. YOU ARE CRAZY! You should check your brain matter, pal… it is undoubtly affected by all the shit you smoke. No wonder I’m glad he is miserable!

I’m not sure if I will read the next one this year, but it is not for a lack of wanting to do it. Too many books, too little time.

Ward is an author who likes to use a lot of fancy words, so picking a new one to keep is not an easy task. So many to choose from! But with so many meaty vampires, it is good to focus your mind in something healthier; so this word has been the chosen one (not pun intended):

It seems that is not only a nice addition to your salads, it can also summon shadow entities to do your bidding. So be careful next time you laugh at someone who prefers a nice bowl of green stuff instead of a huge chunk of meat… 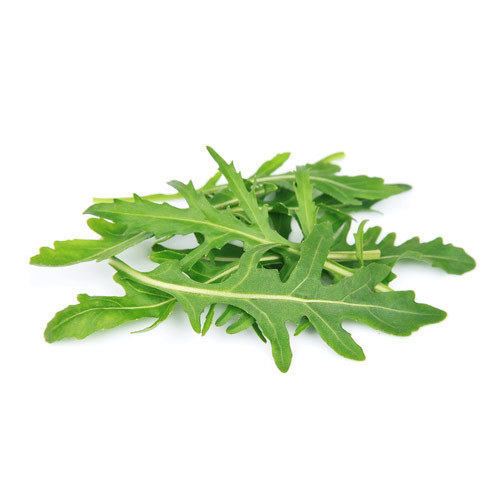