When a mysterious beast savagely mauls random residents of Cold City, the police assume that these are the killings of a rogue wolf. But experienced private investigator, Bellamy Vale, is unconvinced.

Ordered by Death herself to investigate, Vale has no choice but to obey for his boss is not someone to disappoint—if he wants to keep breathing, that is.

With friend and computer hacker Zian, interfering journalist Candice Kennedy, and homicide sergeant Melanie Ramirez by his side, Vale has no choice but to end the killings or face the wrath of the demon who literally holds his life in her hands.

Everytime I review an Urban Fantasy book I write the same thing: why don’t I read this genre more often? It is one of my favourites and one that rarely fails to entertain me. One of these days I will go back to Harry Dresden if he still wants anything to do with me. In the meantime, I will keep enjoying incursions into cities full of supernatural activity like this one. Let’s dust off our classical mythology and see what crazy adventures we can find in Cold City!

This is our first adventure with Bellamy Vale, a private investigator in the fictional place called Cold City. Even though this is the premiere for us, the poor guy has been around a while. He is the errand boy of no other than Lady Death. Bell must investigate and resolve every supernatural crime that happens in his zone and he can’t complain about it. A new series of strange murders soon become more than he can chew and the endurance of his life will be tested thoroughly. Thankfully, he can count with the help of two loyal allies: Zian, the hacker, and Kennedy, the intrepid reporter. Will the merry band be enough to stop the conspiracy brewing in Cold City?

One of the reasons this genre always delivers is that, by its own nature, it must be rich on action. A dull moment is not something you are likely to find during the readong of an Urban Fantasy novel. The first installment of Vale Investigation is no exception. It starts with our poor inspector fighting for his life and it ends the same way. And yes, I love it; but it is not perfect. This book lacks a bit of variety in that aspect. Almost all the fights are gun based, and that results a bit bland in a world with magic and supernatural creatures. Actually, that would be my main complaint of this story: too many gunslingers and too few spellslingers.

This story is not only fast, it also delivers a pretty well developed mystery. At first it looked like too many pieces without connection, but little by little the author puts everything together to unveil the conspiracy. Or at least part of it… I think more about it will be discovered in future books by the way things have ended in this one. During a point in the story, I was afraid of having to deal with too many side quests and get lost in the process; but it fluids easily and it is not as hard to follow as I was expecting. I would have prefered less secondary characters, but I guess every detail is important to reach the ending we get.

For a book told completely from the point of view of Bellamy Vale, I have the feeling we don’t really get to know much about him. He is a nice guy, friendly, loyal; but his past is shrouded in shadows and we barely get any hint about it. It looks promising, so I hope for more details in future books. He is obviosluy a guy with a healthy sense of humor; one that, sadly, he doesn’t use as often as I would have liked. I guess he was too busy taking punchs to make some wisecracks… The other two main characters haven’t really rocked my world. Zian is an interesting fellow, but so far he hasn’t got a lot of development time. Bell’s big brother realtionship with the hacker is one of the main strengths of this story, so I hope he gets better built in future books. On the other hand, Kennedy annoys me a little bit with her trigger happy attitude and rather cold demeanour. For someone who wasn’t in the know, she takes it all waaaay to easily.

There is not a lot of time invested on world buiilding, but the little there is has caught my interest pretty quickly. I love the idea of having a supernatural world where all the mythologies are gathered and ruled by a central government called the Conclave. That brings some fun mixes to Cold City, where we get to meet gods from several pantheons. At least it’s fun for us. Poor Vale would disagree with me.

The word I bring this time is not really a useful one for most people, but it made me pretty curious and I needed to check it out.

painite: very rare borate mineral. It was first found in Myanmar by British mineralogist and gem dealer Arthur C.D. Pain who misidentified it as ruby, until it was discovered as a new gemstone in the 1950s 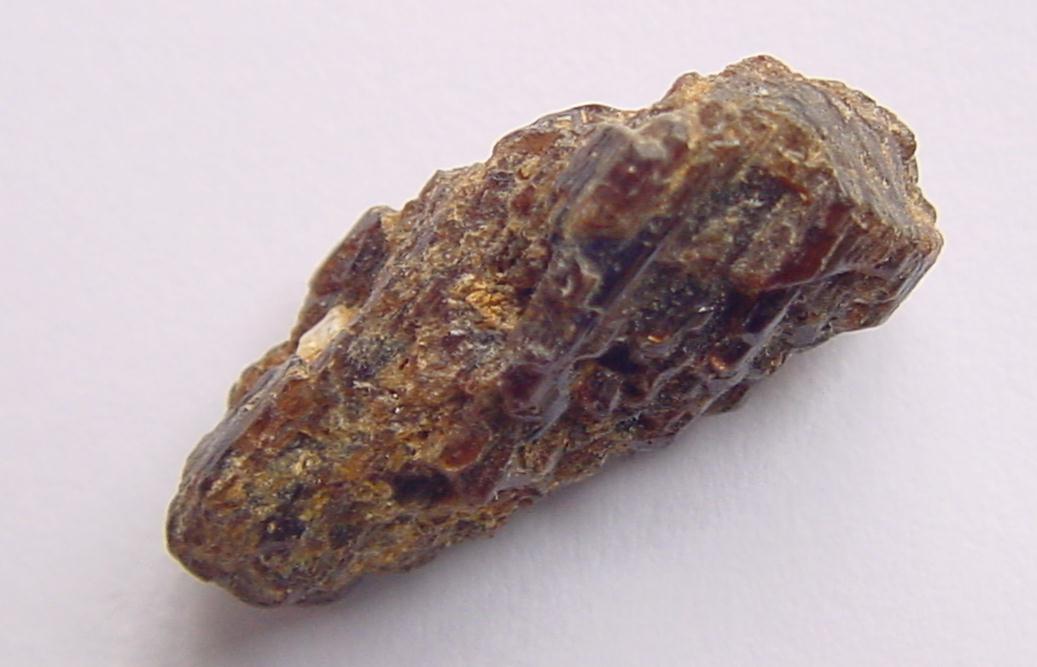