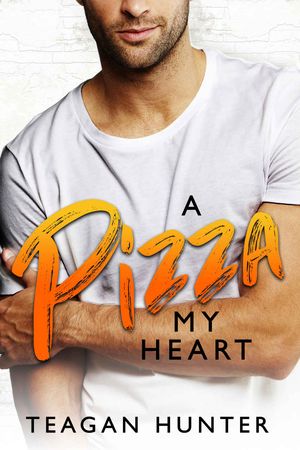 After disappearing for four years without so much as a goodbye, he’s back, and something has definitely changed about him other than his marital status.

Long gone is the boy who left on a whim.

He’s taller.
Darker.
And have his arms always been that big?

When he starts sending looks my way I know I should ignore, I can’t help but wonder if there’s something between us that wasn’t there before.

But that can’t be possible.

I can’t fall for him…can I?

Contemporary Romance: This story follows the adventures of Wren and Foster. They were best friends since they were 13-years-old, so it was hard to accept Foster’s disappearance following a woman to the other part of the country. But after a failed marriage, Foster comes back ready to join the dating masses. That is how he meets Wren again: in the pizza place where she works. It gets pretty clear that the poor guy needs to up his game if he wants to get some action, so they decided to fake a relationship in order to train for future conquests. But… are they really faking?

Friends to lovers, Faking: Teagan doesn’t risk at all in the use of some of the most common schemas in the Romance genre. But honestly, she is one of those writers who doesn’t need to make a big effort to write an enjoyable story. From the first moment we know they are more than friends and that faking will be quickly discarded. I have always found the development of her stories rather simple and this one is no exception. Is that bad? In this case, not at all. The mix between her style, the uncomplicated story, the banter and weird humor and the charismatic characters is the perfect balance for a great book.

Funny, Great characters: When I pick a book by Teagan I know I’m going to love the characters and that I wll laugh with some of the most absurd scenes you can imagine. If an author has fun writing a story, the book will always show that to the reader somehow. This book is a good example of that theory, although I must admit I found the Texting books funnier.

Fumes: I’m afraid one star has been dropped of the final mark due to Winston’s disgusting habit. I’m actually afraid of picking the next book in the saga, where that character is going to be one of the main ones (I think). I have struggled with the few scenes where Wren’s brother is present, so I can’t imagine a whole book with those. I hope I’m able to deal with the smoking and set my mind to enjoy the romantic trip.