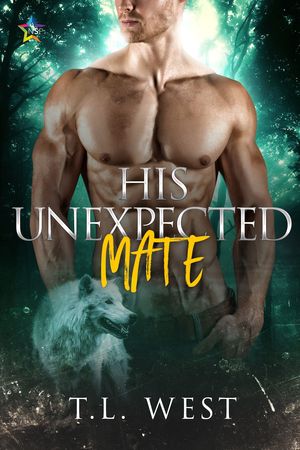 Living in a small wooden cabin at the edge of a forest and working to solve the mystery of recent murders, young Eli Bright learns the locals believe a man-beast is responsible.

As an outsider, he is watched very closely as he works with the young local sheriff, Stanley Blake. But Eli knows there has to be a proper explanation. Paranormal creatures don’t exist, right?

I still don’t know what I have read. By the title alone, it would seem that this is the first book of the duology, but this new edition is a bit longer than that. If you check the plot of the second book, you will find something similar in this book; so I’m going to bet that this edition contains both stories. Although I could be wrong. I haven’t found anywhere a clue about it. In any case, I have zero reasons to pick any other book written by this author, so I don’t really care. Let’s see what is good or bad in this story!

In this book we follow Eli, a young human who works as a private investigator in his father company. He is charged with joining the sheriff of a small town in the investigation of some gruesome murders that are disturbing the simple lives of the locals. That sheriff is called Stanley and he is very glad of getting Eli’s help. When the investigator starts asking questions, he soon discovers that almost everyone there believes there is something supernatural going on. Eli would have laughed to the end of the days at that if not for a key detail: Stanley is a werewolf himself. Will that secret break the new connection between them or make them stronger?

I have never faced in my life a book with such a bad style like this. It is actually the first time that I can honestly say I do not like the author’s way of writing to the point I will avoid any other works by him as I would a virulent plague. Sometimes I wasn’t sure if I was reading a book or a telegram. Too short sentences narrated in a weird way that made the whole deal kind of unbearable. I have read in another review a perfect summarization of it: “Show, don’t tell“. Fort a book where there was a lot of things happening (inside and outside of beds), the story wasn’t fluid. It took an effort to keep reading it, due to the robotic way of narration. Gladly, the book is short. Otherwise, it would have become my first DNF in I can’t remember how many years.

And what is the deal with the constant need of writing the name of the characters? Eli this, Stanley that… It is SO annoying. I’m not sure if it is a real issue or if it is just an obsession of mine. What I know is that it has driven me crazy in a really bad way. Never before have I had such a distate for the name of the main characters. Sadly, the story itself doesn’t make up for that irritating style. The plots presented were good and interesting, but the execution is messy at best. Everything happens so fast and unexpectedly that I was incapable of following the thread. One moment Eli is investigating happily and in the next blink of my eyes there is blood everywhere and the murders are resolved. Something new and shiny is introduced… and resolved. The story doesn’t breath. In this case the frenzy is not good at all. Fast paced stories are great if the reader is in the same wagon, but this time we were kicked from the train almost at the beginning.

I’m not going to expend more than a sentence to talk about the characters. Eric and Stanley are dull, uncharismatic, unimaginative and with a rather plain personality. You can tell I’m not a big fan of the romance that blooms between them. As in the rest of the book, we are pushed into that relationship with little to none preamble. According to the author, the boilng chemistry among them was unbearable; so they had to have sex like rabbits to relieve it. Let me assure you that I didn’t see the tiniest of sparks in their meeting. At least the naughty scenes didn’t gross me out.

So, if this book is so bad… why have I marked it with two stars? I guess I see potential in the imagination of the author. Shifters in Romance tend to be a big cliché, so I have to congratulate him on trying to add some original or different elements into the mix. It didn’t work out as expected, but some recognition is deserved. Also the multiple plot threads are OK. Just horribly developed.

I couldn’t find any new word in Enlgih for me to learn. I’m not sure if it is because there really isn’t one or because I was so unfocused that I missed it. So, I’m going to kidnap this section and do something crazy.

As I have mentioned in my review, I was really annoyed by the constant mention of the names of the main characters: Eli and Stanley. Is that truly a problem of the book or is it all in my head? The only way to know for sure is by counting the repetitions. I could totally embraced my nutty nature and count the names one by one… Or I could invoke the power of FME and let it do the job for me.

A simple workspace will tell me how many times the names are found in the book:

The name Eli appears 766 times and the name Stanley 518 times. The book has roughly 23.738 words, so a 5,4% of the story is invested in saying the names. That number alone doesn’t tell me anything, because I have nothing to compare it to. So, I have processed a book that I loved that didn’t annoy me in the characters’ name department: Leo loves Aries by Anyta Sunday.

More or less, that book has 65.152 words. 1.568 of those are for the name Theo and 1.576, for Jamie. That means a 4,8% of the book is just for the names. Well, it is not the overwhelming difference I was expecting, so maybe all the issue is just in my head. Truth be told, His Unexpected Mate has a whole chapter with other characters that weren’t taking into account, so…