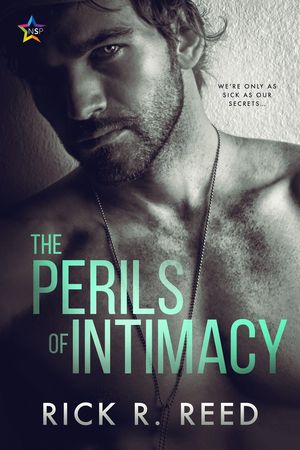 Mark believes he’s meeting Jimmy for the first time in the diner where he works, but he’s wrong. Mark has no recollection of their original encounter because the wholesome Jimmy of today couldn’t be more different than he was two years ago. Back then, Jimmy sported multiple piercings and facial hair. He was painfully skinny—and a meth addict. The drug transformed him into a lying, conniving thief.

Mark doesn’t associate the memory of a hookup gone wrong with this fresh-faced twenty-something… but Jimmy knows. Can Mark see Jimmy for the man he is now and not the addict he was? The answers depend on whether true love holds enough light to shine through the darkness of past mistakes.

There are books that have no need of convulated drama or nail-biting mysteries. In their simplicity they shine brighter than many. That is the case with all the books by Rick R. Reed I have read so far. Granted, only two… but I see a pattern!! Let’s grab a box of tissues and see what perils our poor main characters are facing this time!

In this book we follow Mark (or was it Marc?), an almost forty-years-old man who seems vaccinated against love. He is kind of a manizer, using social media to pick his next conquest. At least it was like that until he meets Jimmy, a way younger waiter that catches his eye since the first encounter. Well, actually is not the first one. Mark met Jimmy a couple of years earlier, but the guy has changed so much he doesn’t recognize him. That is rather good for Jimmy, because in that first meeting he robbed Mark blind in order to get fresh money to pay for his drugs… Will they get a fresh start or will the past’s shadow be too big to handle?

As I said earlier, the story is quite simple and slow. If the author weren’t so good in the emotional aspect of it, we will be facing a mighty boring book. Thankfully, once again he presents us with a story masterfully crafted to move the reader emotionally and provoke in several occasions the leak of a couple of tears or twenty. Jimmy’s life is a hard pill to swallow (not pun intended). One that, sadly, is way too common in real life. So I love, really LOVE, the undertone of unrelenting hope this story displays. It is a warm sensation to see that even in the most dark situations, we are not alone. I feel lucky for not knowing anyone fighting against an addiction, but it is good to know that, if the opposite were the case, they could have access to such great support groups.

Jimmy’s reality is the strength of this story. Other parts are not so fulfilling, but they do their part. Maybe, the most disappointing one is the obvious drama that happens when Mark discovers that he met the younger guy earlier. It is obvious, but I can’t deny that is also utterly logical. The disappointing part is the short time invested in the drama itself. In my opinion, all is forgiven waaay too easily. I would even dare to say that the ending is too abrupt. It is not a happily ever after, but I wouldn’t call a happily for now, either. I don’t usually mind that, but this time I needed to know that their love was unbeatable. Jimmy deserves it.

About the characters there is not much to say. I have a love/hate relationship with Mark, a character that sometimes doesn’t make much sense and others is almost book boyfriend material. I know there is an explanation for his introvert behaviour, but taking into account he doesn’t behave like an introvert… I’m not sure if that explanation holds any water… Jimmy is a much better character, thanks to the fact that all the emotional burden rests in the shoulder of that poor guy. He has much more layers and his development is more precise and better thought. The romance between them leans more toward the sweet than the sexy, which works great for the setting. If you are one of those who read Romance just for the sex, you better look elsewhere. No narrated naughty time for this couple.

Really good book, but not perfect. I need to check more stories by this author. He has a nice style and a superb way of wrting about the human nature and its perils.

After almost two months without going outside, it seems my brain tends to retain words that are related to my dark mood. At least that could be the case if we take a look at the word pick in this book:

in the doldrums: in a dull, depressed mood; in low spirits

Yeah. Writing this review has taken me much longer than expected. Let’s hope I can breathe pure air sooner rather than later.